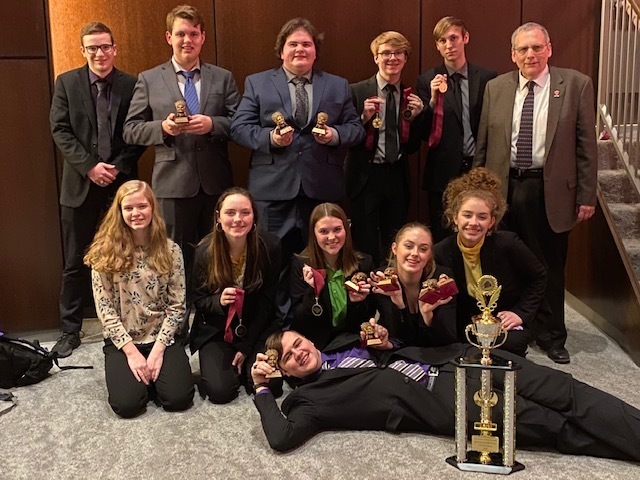 Pacific High School speech team have a way with words and proved it this week.  The team placed first among the seven-team meet hosted by Owensville High on February 13th.  The following students placed first for Pacific: 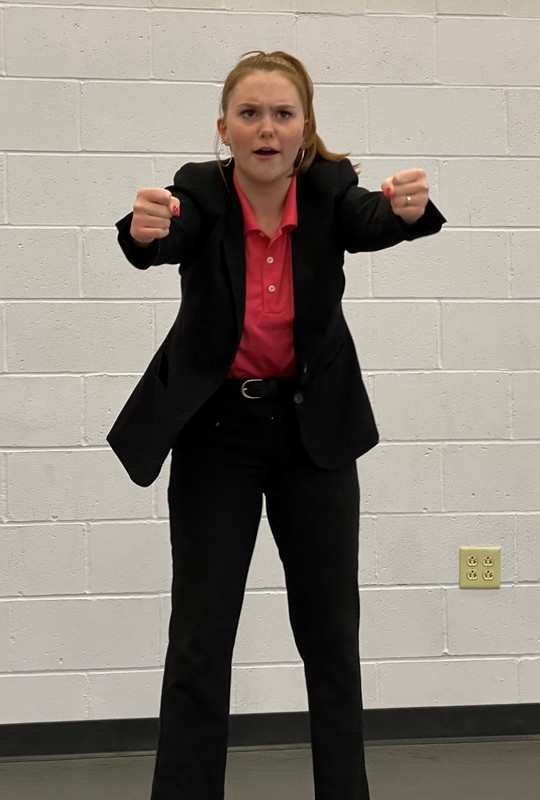 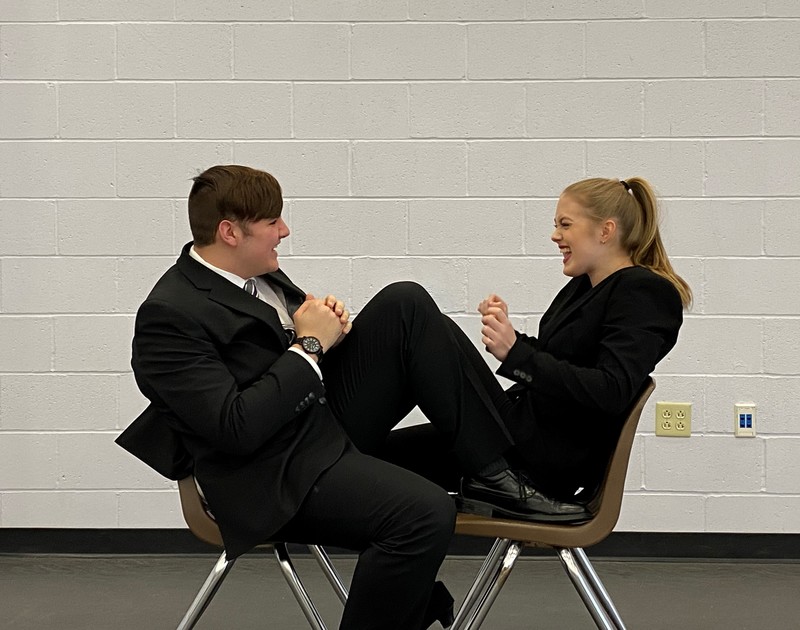 From left: Josh Liebhart and Maddie Cook practicing their performance.