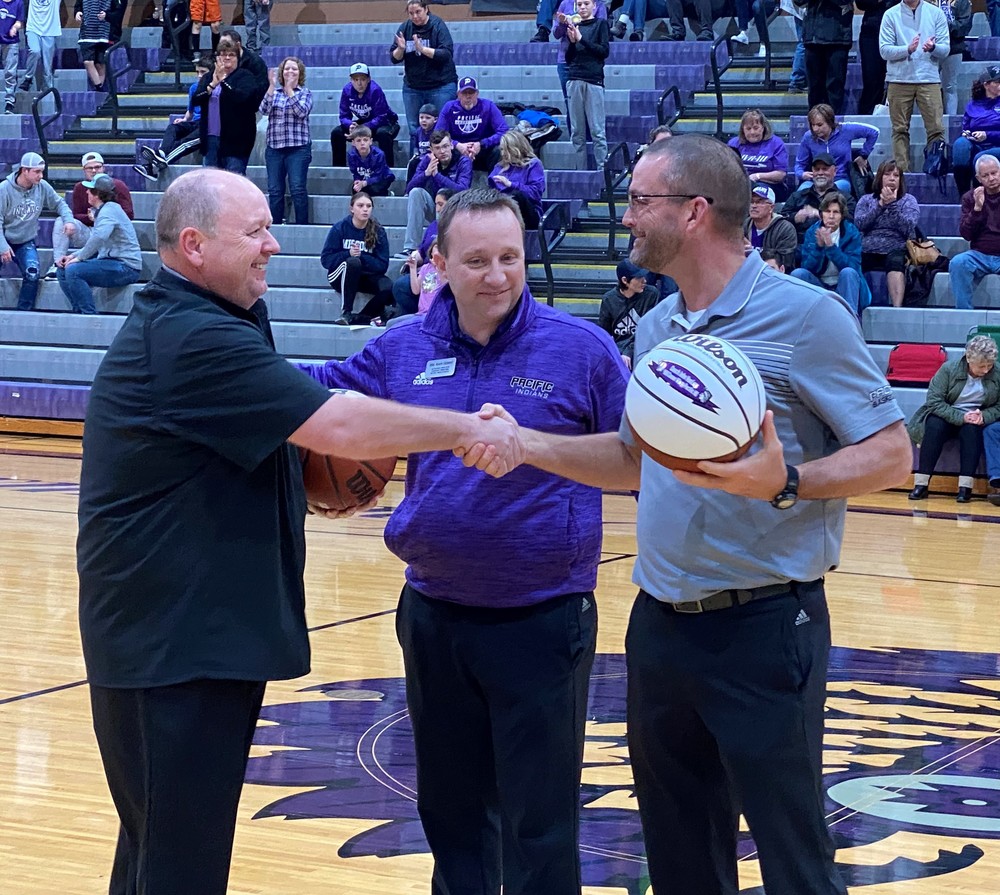 Pacific High School’s Head Varsity Basketball Coach, John VanLeer, announced his retirement this week after 27 years at the helm. Coach VanLeer plans to retire from both teaching and coaching at the end of this school year.  During VanLeer’s coaching career, he and his teams realized many accomplishments, including; District Coach of the Year, six-time Conference Coach of the Year, seven conference championships, a district championship, a career conference record of 128-70, and an overall career record of 405-313.

Andy Herbst, PHS Activities Director, had this to say about VanLeer. “Our district, school, and kids will greatly miss Coach VanLeer.  The toughness that he instilled in his players is what set our teams apart from the rest.  Coach VanLeer pushed his athletes past what they thought was possible.  I would think if you asked the players that are in their 20’s and 30’s they would tell you he taught them commitment, passion, toughness, teamwork and gave them a confidence which is still in them today.  On the court, Coach had high expectations of effort out of his teams and let them know if they didn’t meet those levels.  What most people didn’t see was the behind the scenes positive relationships he developed with his players.  He was truly vested in his players and their future.”  Coach VanLeer worked under Herbst for the past 15 years.  Aaron Brinker, 2004 PHS alumnus and basketball player said, “Great coach. Better man.  I played for a lot of coaches in my playing career and none of them even came close to VanLeer.  I am thankful for everything he did for me not only on the court, but in life.”

A few things Indian fans will remember about VanLeer’s basketball program include; high expectations with an academics first mentality, commitment to the team, and Coach Brown assisting Coach VanLeer.  Along with VanLeer’s retirement announcement, long-time assistant coach, Scott Brown, also announced he will be stepping away from the game of basketball. Coach Brown will now focus his time on teaching physical education and coaching baseball for Pacific.  Brown said, “My time in the basketball program has been so rewarding.  Little did I know my time as a player at Pacific would turn into 27 more years helping Coach VanLeer build a successful program.”

Pacific High School and the Meramec Valley R-III School District appreciate the time and commitment VanLeer and Brown have put into the basketball program. This level of commitment is rarely seen and the Pacific boys’ basketball program is better because of it. The search will begin immediately for VanLeer’s replacement.