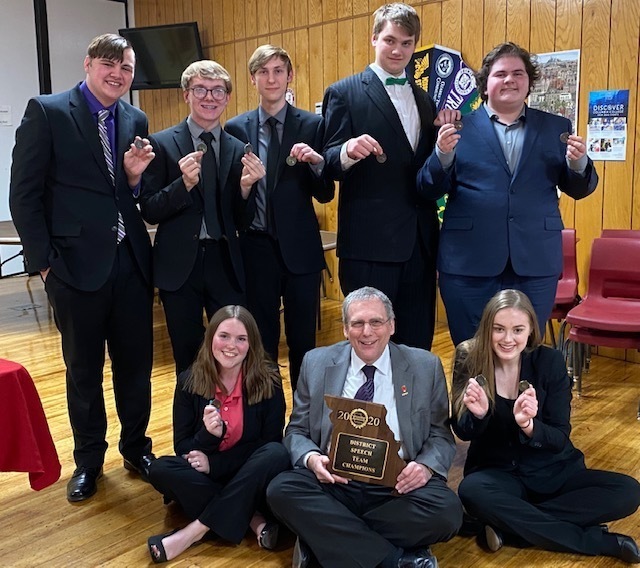 The other was Colin Busby:

Maddie is the only PHS student to win three district championships with three different events.